My boyfriend and I recently visited Valencia and I thought I’d share some information and suggestions with you! You can read my food & drink recommendations here.

One of Valencia’s main attractions is the cathedral. Built between the 13th & 15th centuries, it is an eclectic mishmash of different artistic styles – Gothic, Baroque and Romanesque. Inside the cathedral’s museum you can see paintings by Goya and a chalice which is supposedly the Holy Grail! The ticket price is €7, concessions are available, audio guides are included (in numerous languages) and it’s open every day except Sunday. Next to the cathedral is Micalet, a bell tower with great views across the city. There are 207 steps, it only costs €2 entry and is open every day.

We loved The City of Arts and Sciences; a fantastic, futuristic complex, designed by Santiago Calatrava and built in the 90’s. The complex includes a planetarium (which resembles an eye), an opera which looks like a cycling helmet, Oceanogràfic (Europe’s biggest aquarium), a 3D cinema and a science museum. The complex is open from 10am until sunset; entry costs €8 per museum or €37.40 for a general pass. 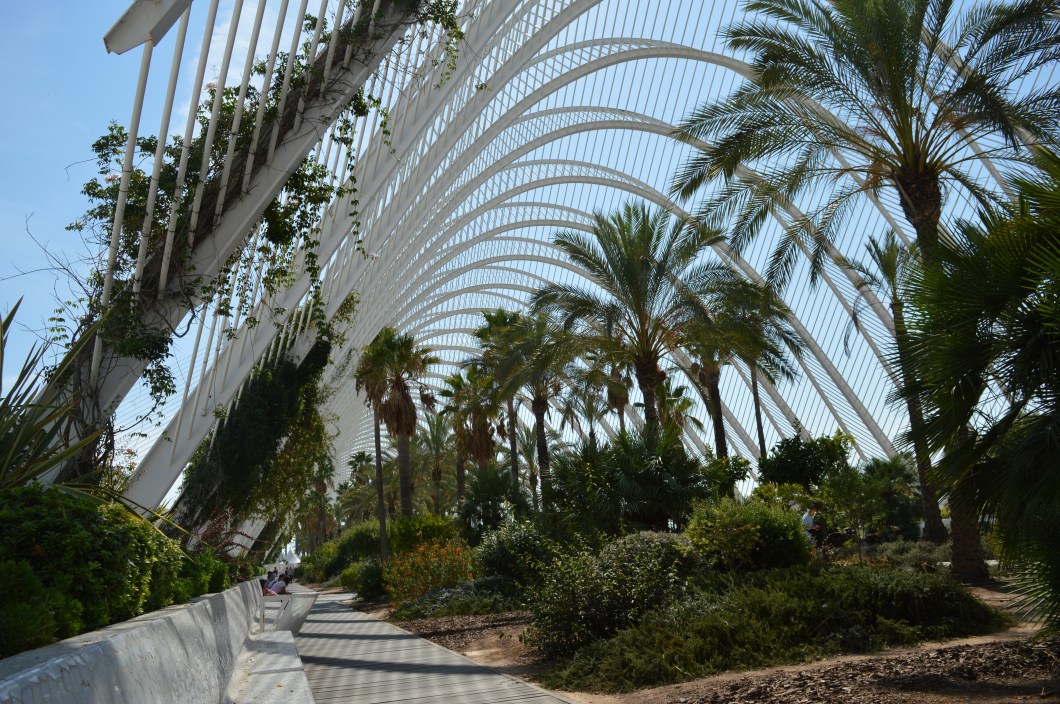 I recommend visiting La Lonja de la Seda – a gorgeous, 15th century Gothic Chamber of Commerce. It is now a world heritage site and symbolises the city’s wealth and power. I liked the intricate ceiling details and the twisted columns. General ticket price is €2, concessions are available and there’s free entry on Sundays and public holidays.

We also visited Banys de l’Almirall, one of the oldest buildings in Valencia. It’s an Islamic style bath house built in 1320. Free entry.

If you need a break from sightseeing, visit the beach: Playa de la Malvarrosa. The city beach is sandy, well-maintained and as the tide goes out really far, there’s plenty of space for everyone. There are also beach-side restaurants and souvenir stalls.

Alternatively you could go to the Jardines del Turia, the 9km city park. The park has an interesting history. The river Turia once flowed through Valencia, but after repeated flooding, it was diverted in 1957. At first, the vacant space became a motorway but the locals protested. So, to appease them, the government turned it into a really nice park. There are fountains, sculptures and 18 bridges crisscrossing the Jardines del Turia. If you’re travelling with children, visit Gulliver Park (inside city park). There is a gigantic model of Gulliver, sprawled on his back. People can climb over Gulliver’s face, hair and limbs, using slides and climbing ropes.

One day we visited Albufera – a large lake only 45 mins’ drive from Valencia. It is reportedly the biggest lake in Spain. We were a little daunted by the journey because Tripadvisor and other websites made it sound complicated and confusing. Don’t worry, it wasn’t either. This website shows the order of the bus stops, from Valencia city centre to the end of the line (El Palmar/El Perellonet). We waited at bus stop Cerdà de Tallada – Colón and before long, the bus arrived – not at the time on the bus timetable, nor when Google predicted it would. Soon we were at the lake, and got off at stop Embarcador de l’Albufera (I). The sunshine was sparkling on the surface of the water and it looked lovely. There were little sailing boats by the pier. A ride cost €4 for 45 minutes but we skipped it. The guide didn’t speak English so delivered the tour in Spanish, which would have been completely lost on us! 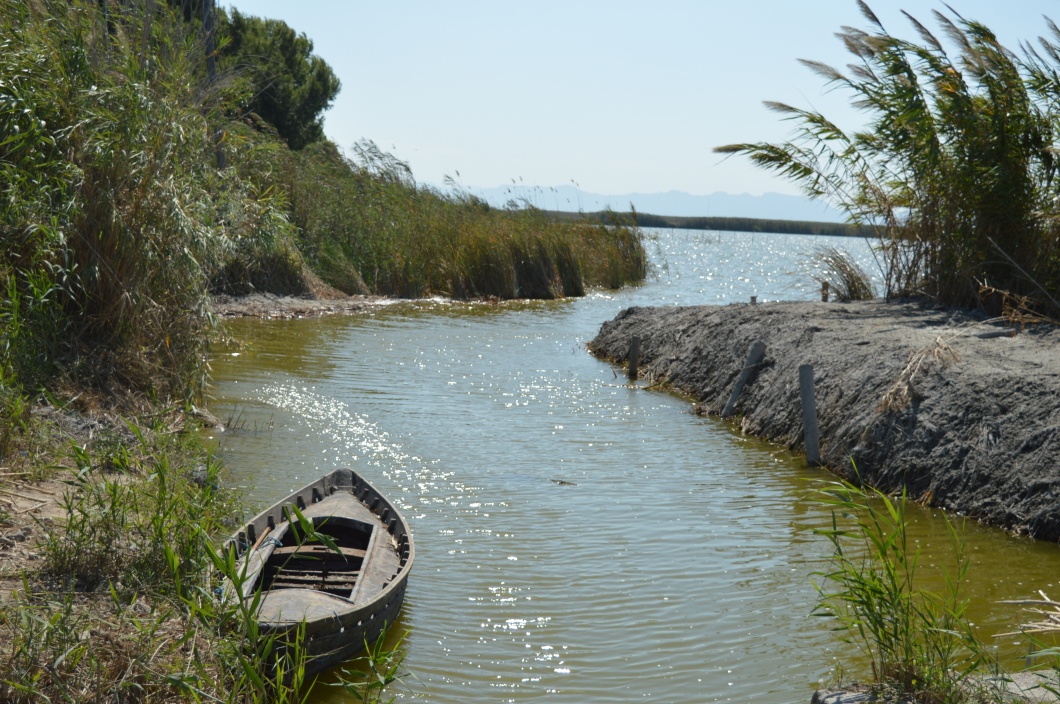 After our picnic, we headed to the beach, Playa Lago Saler. We crossed the main road, sighting the 25 bus stop (‘Embarcador de l’Albufera II‘), which would later take us back to Valencia. There was a small path marked as a bicycle route. We walked along the path, parallel to the river Gola de Pujol Nou for 15 minutes. We came out by a secluded lake, Estany del Pujol. There was a ‘no swimming sign’ so we kept walking and five minutes’ later we were on the beach. It was gorgeous…and totally empty. Our own private beach!

Be warned that getting back to Valencia was a bit tedious. The bus timetable said buses came several times an hour….not true! We had a 60-minute wait. Luckily we didn’t have a restaurant reservation to rush back for!

My boyfriend and I always use public transport when we travel, usually with ease but Valencia got us a bit muddled. We wanted to buy the T3 cards (which gave you 3 days of unlimited travel on the buses, metro and trams), but these can only be purchased at metro station ticket offices or the tourist information points. Incidentally Valencia has T1 cards (one day’s unlimited travel) and T2 (two days). There are also 1, 2 or 3-day tourist cards. With these cards, you get discounts in some shops and restaurants in the city centre, along with discounts at tourist attractions like the zoo and aquarium.

We made the mistake of buying the ’10 journey’ cards from the station ticket machine, thinking it would be similar to the T3 card. Unfortunately the cards were only for the metro – not buses or trams – and the metro is quite limited. It goes around the city centre (but not into it), and doesn’t stretch to the beach or Russafata, a popular, up-and-coming neighbourhood where we went for evening drinks. The metro stops at 11pm on weekdays and 11.30pm at weekends. So we had to buy additional tickets (€1.50 each) for the bus journeys we took.

My advice – prioritise going to a tourist information point or train station ticket office as soon as possible. Get the T1, 2 or 3 cards at the beginning of your holiday. If you want to do lots of sightseeing, consider the tourist cards. Don’t waste money on individual tickets or the metro pass, because the city is best-served by buses. The bus system isn’t perfect of course – the regular service stops at 10pm, then buses are every 45 to 60 minutes until the early hours. The buses don’t announce the stops as you trundle along so I recommend following the route on Googlemaps to check when you need to get off. Be prepared for some wackiness too; one bus went on an unexpected diversion while we were on it, while another flew straight past without stopping at a bus stop full of people.

I didn’t go to these but they were suggested by friends & other travel bloggers.

We used Airbnb to book our Valencia accommodation. You can receive a €29 discount on your first stay with Airbnb by using this referral code

If you have any more sightseeing suggestions, please add them in the comments below. 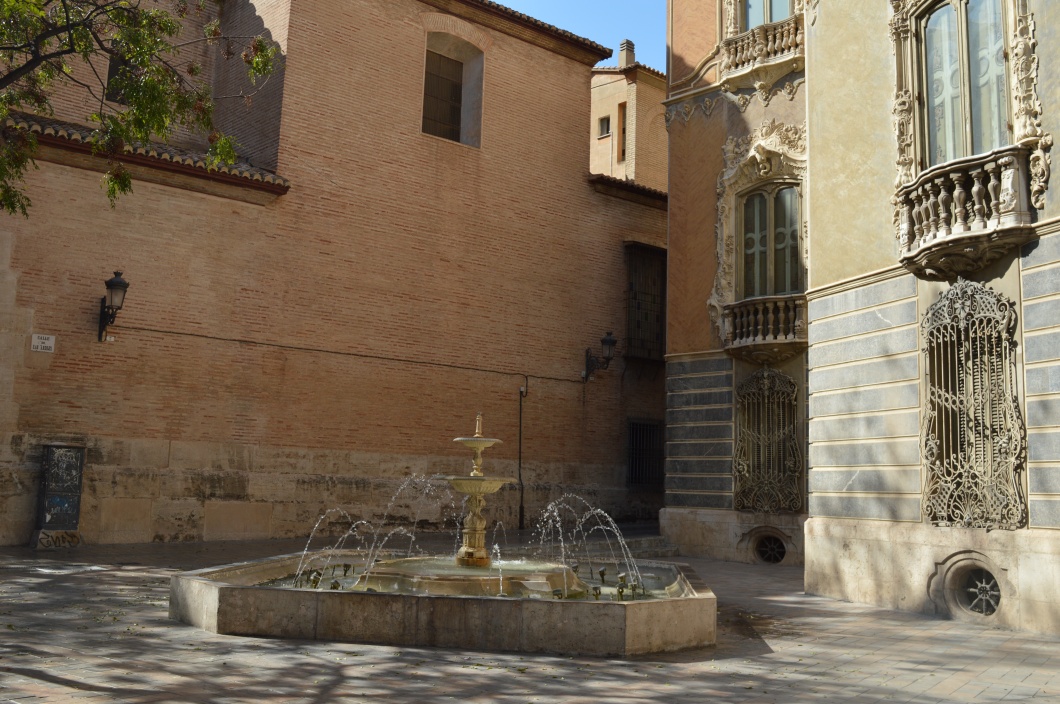