During our stay in Catania, we booked a day trip to Mount Etna. The 10,912 ft volcano can be reached by car, private tour transfers and a local bus route. Normally we would opt for the local bus, but we couldn’t find clear information online and what we did find made the bus service sound very irregular and quite unreliable. So we opted for a tour provider called Etna Tribe. They offer daily tours from Catania and Taormina.

Our tour lasted around seven hours. During this time we were:

The tour was cheaper than some of Etna Tribe’s competitors (with the same stops included). There was a special price if you book more than four days before the date of the tour, so we paid €47 per person.

Our friendly driver arrived on time and told us a bit about Etna’s history and significance in Sicily, while picking up the other members of our tour group (eight people in total). Upon arrival at Rifugio Sapienza, we were surprised to see lots of souvenir shops, restaurants and even a hotel nestled into the base of the mountain. However, as Mount Etna is Sicily’s main tourist attraction, it probably shouldn’t have come as a surprise that the area has become commercialized.

We were presented with three options:

We decided on option number 2. Having spent a fair bit in Taormina, Siracusa and Catania, we weren’t keen to spend an additional €65 (on top of the €47 we’d paid for the tour). We probably should have coughed up the cash because I’ve heard that the high altitude tour is really impressive, and photos don’t do it justice. Oh well, just another reason to visit lovely Sicily again someday!

The cable car took around 15 minutes in each direction. Once we were up at the first level, at 2504 metres, we were greeted with fantastic views over Sicily along with the very surreal feel of walking on volcanic rock. It felt like being on another planet, especially with the high dunes and low dips. Wear trainers/sneakers/hiking boots as it was steep in parts – not sandals or flipflops! We were there in July and it was a comfortable temperature; my boyfriend wore shorts and a T-shirt, and I had jeans, a vest top and cardigan. 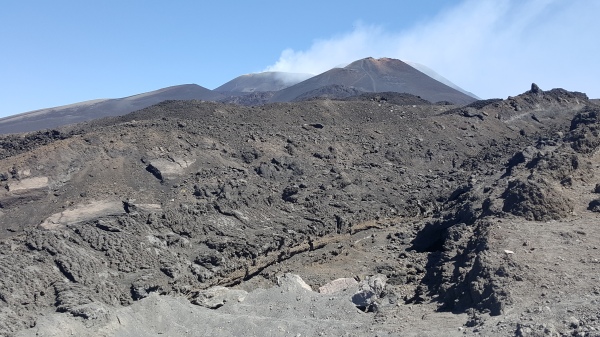 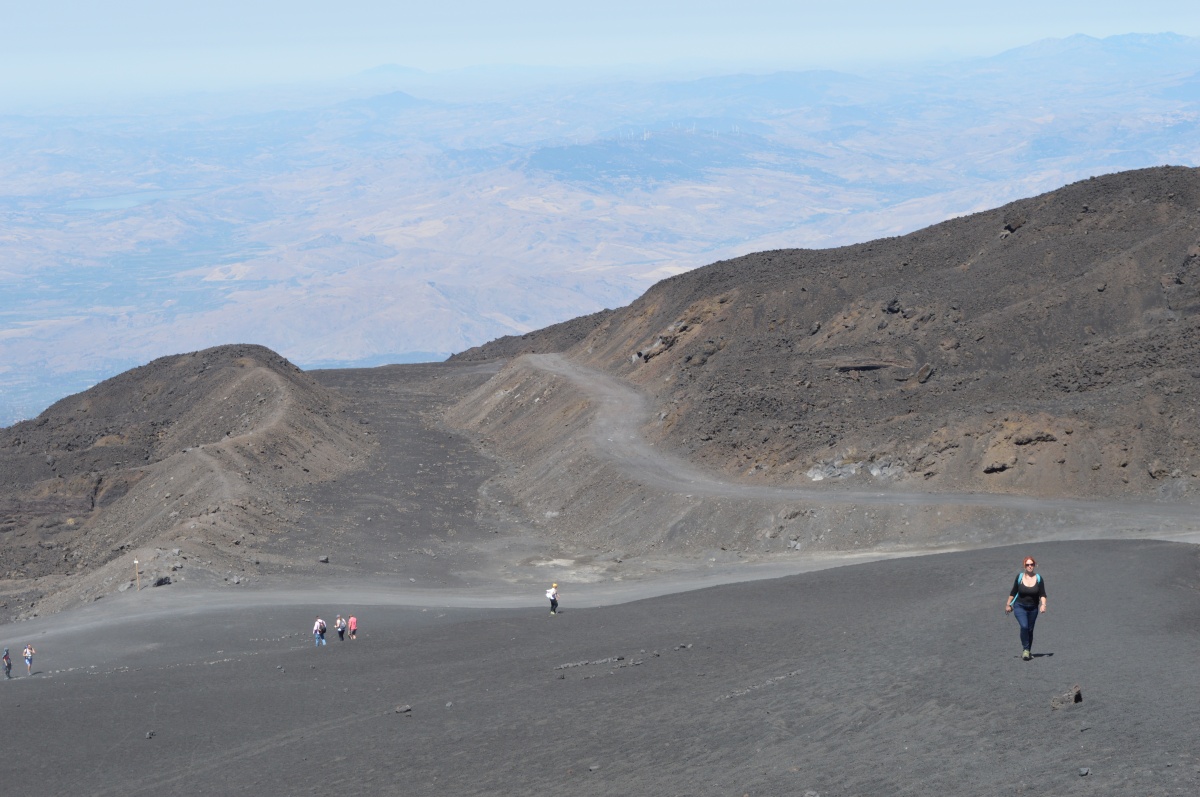 Unfortunately, before all too long, it was time to make our descent back down to reunite with our tour group. We were given around some time to explore the Monti Silvestri, which were more colourful than Mount Etna with wild flowers and plants sprouting around the craters. We had two stops on the way back to Catania; the lava flow cave and the farm shop. The cave visit was very brief but our driver told us about how the cave had formed, following one of Etna’s eruptions. Protective helmets and torches were provided, and it was easy to climb in and out of the cave.

The organic farm shop had a lot of produce from the Etna region including basil and pistachio pesto, olive tapenade, white wine, red wine and other sweet and savoury delights. There were lots of tasters so you could sample products before buying. The staff were friendly and didn’t push us to buy something. After the shop, we returned to the city and everyone was dropped off at their accommodation. 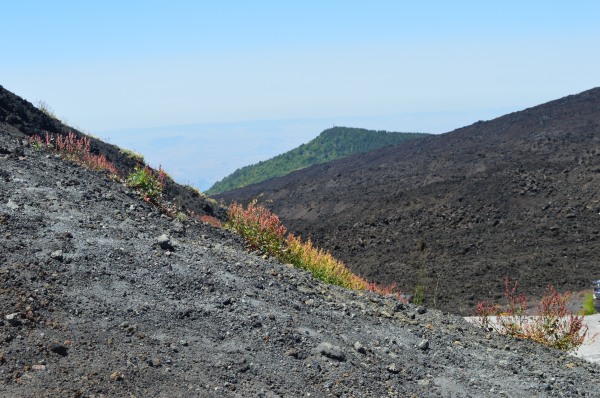 If you want to visit the volcano with a tour guide, Etna Tribe would be a good choice. The driver was friendly and punctual and the schedule was as described. However, if you’re confident about driving in Sicily, a better option would be renting a car and driving to the base camp yourself. From there, you can buy tickets for the cable car and the guided tour. The two hours we had to explore the volcano passed really quickly and I am sure those who opted to pay extra to reach the 2900-metre mark felt the time flew by. It would have been better to spend much longer there, and to explore all the levels.

Have you visited Mount Etna before? How far up the volcano did you go? 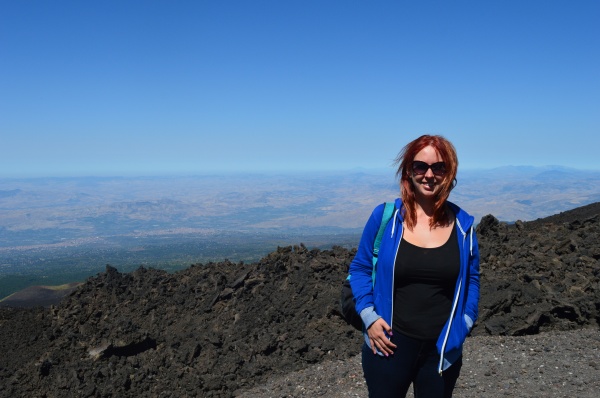